A dengue fever outbreak has left more than 150 people infected in Kenya’s coastal county of Mombasa. The County Healthy Chief Officer Dr Khadija Shikely said the disease has spread and affected all the six sub counties with 119 cases confirmed in major private hospitals by Sunday. 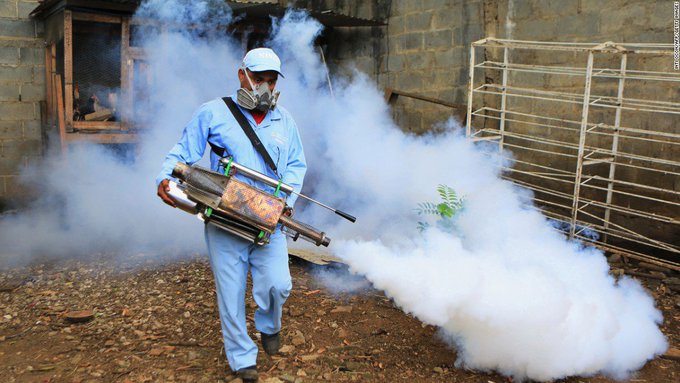 The county officers say the disease has hit the county and other surrounding counties but denied any deaths, unlike in 2014 when three patients succumbed to the disease, the Standard reports.

Heavy rains in the region are said to have created new breeding grounds for mosquitoes, which are the vectors transmitting the disease to humans.

Dengue (pronounced DENgee) fever is a painful, debilitating mosquito-borne disease caused by any one of four closely related dengue viruses. These viruses are related to the viruses that cause West Nile infection and yellow fever.

An estimated 390 million dengue infections occur worldwide each year, with about 96 million resulting in illness. Most cases occur in tropical areas of the world, with the greatest risk occurring in:

It is transmitted by female mosquitoes mainly of the species Aedes aegypti and, to a lesser extent, Ae. albopictus. This mosquito also transmits chikungunya, yellow fever and Zika infection. Dengue is widespread throughout the tropics, with local variations in risk influenced by rainfall, temperature and unplanned rapid urbanization, according to the World Health Organisation.